Don't fret about election nonsense, all that is going to be cleaned up moving forward - of that I am certain.

Keep in mind that we [U.S. Cyber Command/NSA, Gen Nakasone, 2016] unbuggered buggered machines in key districts in swing states (without the cabal knowing) to get Trump lawfully into office in 2016. The Patriots caught them entirely off guard which allowed us to set everything up with executive orders and PEAD's that would set the stage for the sting.

The point is that we now believe that we turned out en masse in 2020 to FORCE them to cheat super hard (intentionally). Trump told us many times it would be the most fraudulent election in history - because he (and Patriots) knew [they] would go over the top to cheat thereby making it easier to get definitive proof.....which the military ran point on, and no one has seen that data.

The means to capture the data was the novel Orion/Solar Winds hack that NO ONE saw coming (I believe Gen Nakasone - since elevated to a 4 star general) ran point on this. We broke in early 2020 behind 'enemy lines' and laid in wait to observe and record it all.

The point being 2020 was a sting...Trump losing is actually part of the plan. And not having him in office actually fits in with the assertion that Devolution is in play and the real (temporary) control over the US is currently in the hands of the military.

Just hold the line and keep your spirits up. All will work out in our favor and in a manner greater than we could have ever hoped for. 👊🏼 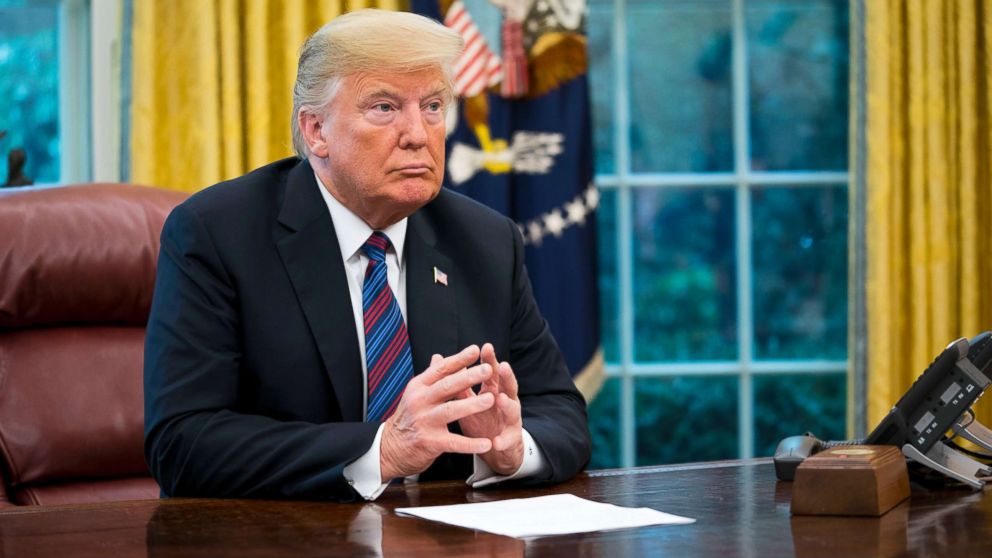 This is also why the effort to keep people from voting in upcoming elections until 2020 is fixed is ill advised because of 👆🏼what I'm talking about here.

If you have not seen Dinesh D'Sousa's 2000 Mules documentary regarding vote theft in America, here is a link to watch it ABSOLUTELY FREE, so really no excuse. It was the 4th ranking movie in revenue the weekend it debuted.  Every single human should watch this, not just Americans. If this can happen in America, it's surely possible to happen anywhere! Please take the time to watch this, whether you are Democrat or Republican. Our political parties, really should be put to the side right now. This is scary. This affects every single one of us!

Lara and Snyder appear in the upcoming Dinesh D’Souza “2,000 Mules” True the Vote (https://t.me/LibertyOverwatchChannel/6754) documentary. In a recent interview (https://rumble.com/v111a5h-arizona-citizen-featured-in-dsouzas-2000-mules-details-ballot-trafficking-b.html) with The Gateway Pundit, Lara reveals details about Arizona’s vote harvesting “mafia” and the mechanics of ballot trafficking.

In Yuma County, Lara says election rigging through ballot harvesting has been going on for 22 years. “It is a professional criminal organization. These are not amateurs, these are people that have been doing it for many, many years, it is well structured… Giuliani would have been perfect for this investigation because it mirrors the mafia, the Italian mafia in New York. It has ranks, has different levels of infrastructure, they have different levels of authority, and it trickles all the way up to the top. And when I say all the way to the top, I'm talking about state and federal levels. The grassroots… will pick up the ballots, and then they'll pass it on to the next person… and so forth. And the reason they do this is in case somebody gets caught, then they're caught with a small amount of ballots, which makes it an amount that would not sway an election either way. So they’re very precise… and that's why I've always said this is a cartel. This is run exactly the way cartels and drug dealers distribute drugs in a community.”

Lara also shed light on why ballot traffickers prefer drop boxes to mailboxes. The cartel relies on a last minute drop box deluge to bypass signature checks on forged ballots. This is the exact “playbook” that was used “in the swing states in 2020, when when the election was stolen from Trump,” Lara explained. “The avalanche of mail-in ballots kicked in at midnight, or somewhere around 1AM. The reason they do that is, the harvesters, after they gather hundreds or thousands of ballots, they hold on to them. On Election Day, in the morning, they start to slowly trickle them in… Then they wait to the last hour or two. And then that's when they unload the rest of them. The reason they do that is so that the county recorder will get flooded with an avalanche of ballots, when they're under the clock to verify thousands of votes. It is impossible to verify that many signatures that fast in that short of a time.”

“How can you harvest that many ballots?,” Lara asks rhetorically. “That's through nonprofits that are in low income communities… The vast majority in low income communities are controlled by what I called warlords. And I say warlords, because it's to benefit them to remain in control of their community.” Not all the ballots have fake signatures, Lara noted. In some cases, these low income, minority voters actually hand over signed blank ballots, which are then voted straight ticket Democrat.

One of the most disturbing revelations in the interview was confirmation that the GOP is involved. In 2020, Arizona audit liaison Ken Bennett brought the DOJ to San Luis to investigate one of Lara’s ballot harvesting complaints. Within hours of their arrival, a flyer, written in Spanish, had circulated throughout the community notifying residents that they did not have to cooperate with the DOJ, answer any questions, or even open their door. The PAC distributing the flyer was funded by the Republican Party. “The real problem in the ballot harvesting is big money Republicans,” Lara said. “These are the RINO establishment that in some ways, somehow they benefit from the ballot harvesting. Could be contracts, it could be favors… So the biggest problem that we have to fight the voter fraud in all of the states are the RINO Republicans who are just entrenched.” 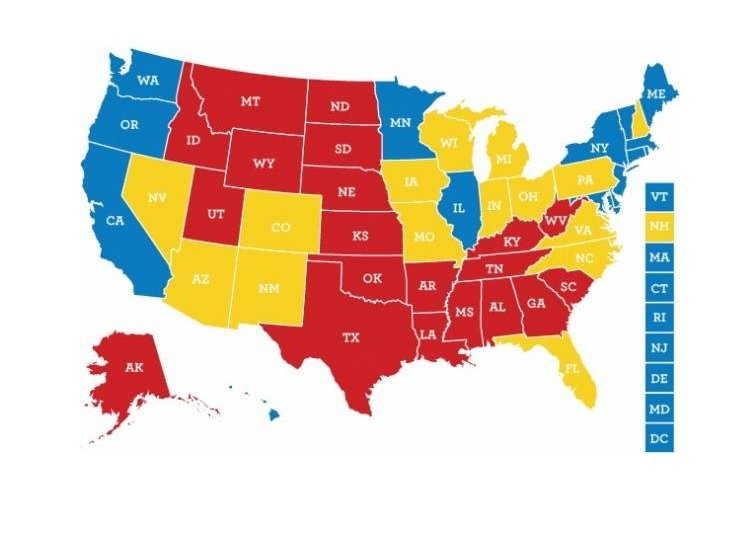 This is very big news. Republicans are burying Democrats in new voter registrations. This is happening in state after state, including battleground states: Pennsylvania, Florida, North Carolina, Iowa, and Nevada.

Democrats will have to cheat extra hard in November if they expect to remain in control of the US House and Senate.

Michigan patriots with attorney Dan Hartman, engineer Draza Smith, and the Professor David Clements got together o/a 7 Apr 22 for an impromptu update on how the election steal was deployed in Michigan, and what patriots are going to do to stop it.

Michigan has excess ballots of at least 640,000.  Excess ballots are calculated by first calculating estimated turnout for the 2020 election.  Estimated turnout is calculated by taking the record turnout of the 2012 and 2016 elections which was 63% of the voting age population and then multiplying .63 times the 2020 voting age population (VAP) as derived from the county tax records.  This estimated 2020 voter turnout is compared to the number of 2020 ballots reported.  There was an excess of 640,000 ballots over the best turnout that was ever reported in previous elections.

2. The Michigan Secretary of State (SOS) created 700,000 registrations within 90 days of the election from voters “found” in state driving records.

4. There was a lawsuit in which press coverage reported that SOS Jocelyn Benson claimed voting maintenance rules would not be enforced as it would be possible disenfranchise a voter;

5. Canvass teams (many led by Election Integrity Force) have found evidence of removed votes from QVF or have found the voters recorded method of voting changed from what the voter reported.  Many voters interviewed in election canvasses stated they voted in person while the voting system recorded them as absentee;

Michiganders can learn how to storm their county conventions at www.freedomfightersproject.com/stormtheconvention

Elements of the Election Racketeering Machine In Ohio and Elsewhere

We have:
1) Groups that do analytics to determine how the real people will vote and how many phantoms are needed to produce the paid-for outcome.  They are able to generate voting profiles that match demographic expectations, because they have access to the voter rolls and manufacture fake ballots to match required demographics.
2) Elected officials that push laws for mail-in and early voting, early and late counting, extended ballot acceptance
3) NGOs (Non-Government Organizations) with electronic access to state voter rolls to inflate them
4) Ballot printing companies that know who the fake voters are on the voter rolls and can mail them to the required addresses
5) Ballot mills where the blank ballots from the printing companies are filled out
6) Ballot mules that deliver thousands of fraudulent ballots to drop boxes or post offices
7) BallotTrax and electronic PollPads to monitor who is requesting/returning ballots and voting in person8) Counting machines with internal code (code hides behind "proprietary" so it can't be easily audited) that hides ballot dumps and removes excess votes for the popular candidate
8) Post office employees that "lose" or fail to deliver or redirect mail-in ballots

The Ohio Supreme Court struck down a fourth set of state legislative district maps Thursday, ordering the Ohio Redistricting Commission to develop and adopt an entirely new set of maps by May 6. The ruling declared the fourth set of maps invalid in its entirety. The new plan must be filed with Secretary of State Frank LaRose by 9 a.m. May 6 and filed with the court by noon the same day. Republicans on the Ohio Redistricting Commission passed the fourth set of maps — a modified version of state legislative districts previously ruled unconstitutional by the court — after bypassing the efforts of two independent map makers it hired at a rate of $450 an hour with a cap of $49,000 for each.

Aside from claiming the process was not transparent, even with the maps provided by the two independent map makers, Ohio justices focused on toss-up districts and said they could not count to the proportionality the court required in previous rulings. 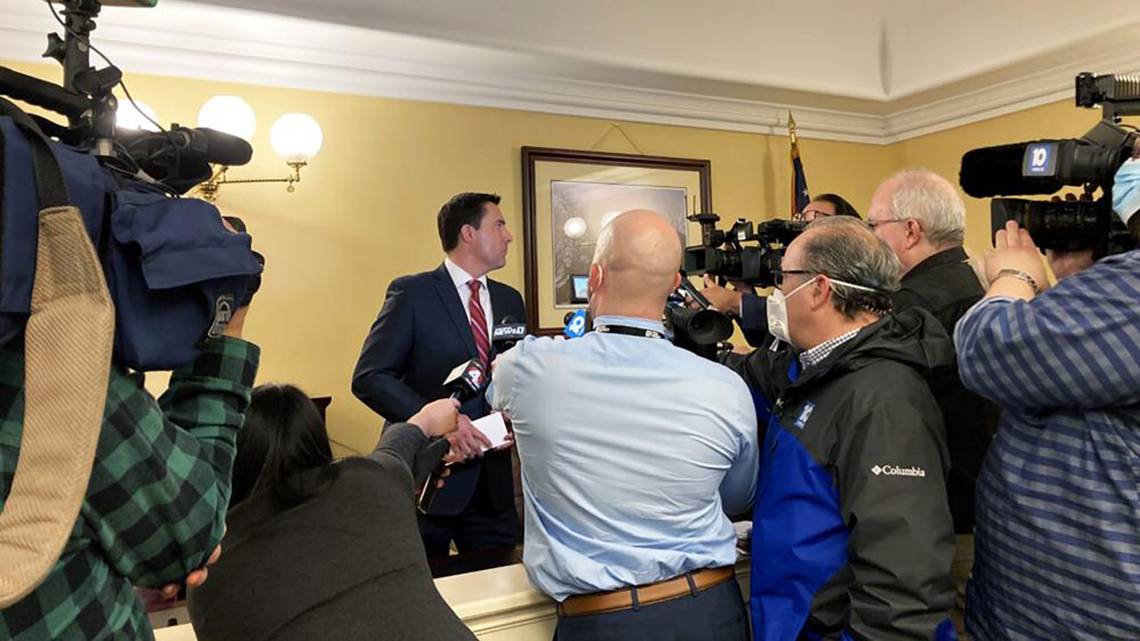 Mark Zuckerberg's expenditures in the 2020 elections. 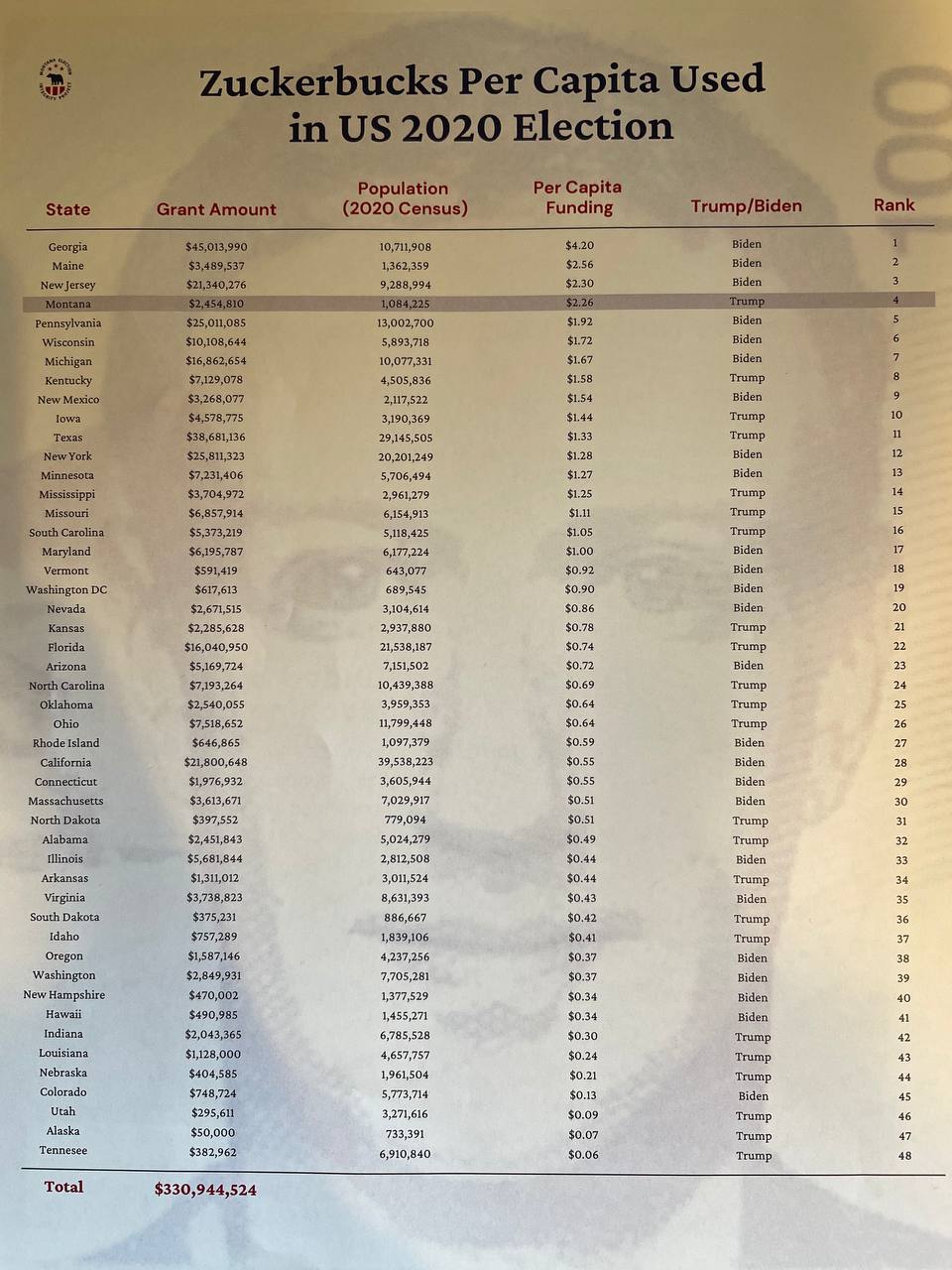