Captain Seth Keshel developed skills doing statistical analysis while he was in the Army.  He applied those skills to analyzing election data from the office of the secretary of state from the various states.  He got census data that shows growth of the counties involved and he got voter registration data by party where it was available.  The census data plus the voter registration data showed the voter trend in the county.  From that you can create a model that shows how many votes Biden should have increased from the Democrat votes in the previous election.  Using this method, Keshel predicted 51 out of 51 state results in the 2016 presidential election.  In 2020 his statistics were wildly divergent from the election results published, presumably due to election fraud.  He used his election model to estimate excess votes for Biden.  He then created maps that show excess votes by county in a color coded scheme where green is counties that did not differ significantly from Keshel's model.  The yellow indicates probable election fraud and the red shows counties with great election anomalies, presumably due to massive election fraud.  Here is a map of the USA with all the counties color coded showing areas of probable election fraud. 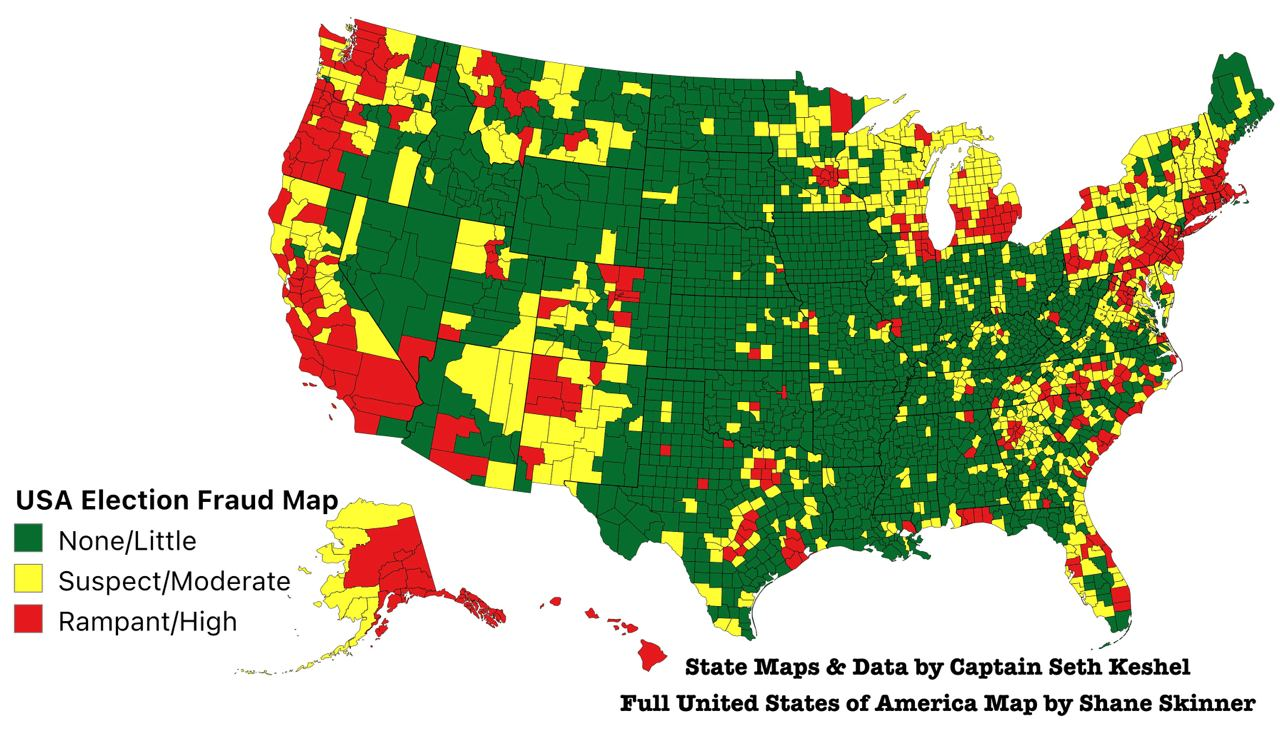