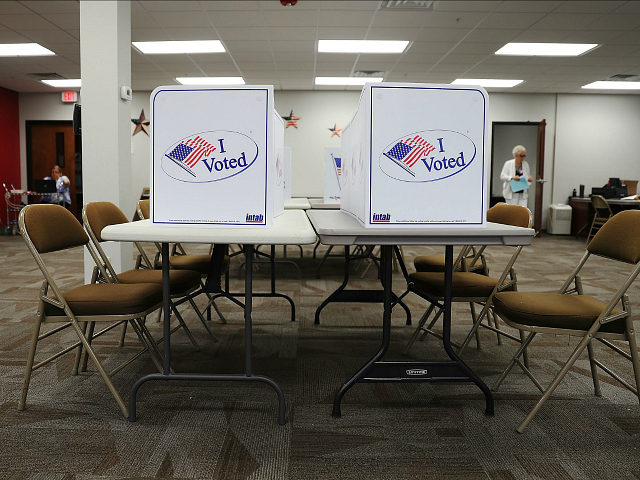 A former volunteer deputy registrar from southeast Texas pleaded guilty to 26 felony counts of voter fraud stemming from a 2018 local utility board election.

Monica Mendez of Port Lavaca has been convicted of “three counts of illegal voting, eight counts of election fraud, seven counts of assisting a voter to submit a ballot by mail, and eight counts of unlawful possession of a mail ballot,” Texas Attorney General Ken Paxton’s office stated in a press release. Her guilty plea was entered on June 9, the Victoria Advocate reported:

Voter fraud is real, and it's a real threat. That's why I have a whole Unit devoted to stopping it. My office's commitment to election integrity ensures Texas has the safest elections in the country. Here's one of our successful recent cases: https://t.co/Uu0rzxDUPp

“Mendez ran a vote-harvesting operation on behalf of a subsidized housing corporation in order to influence the outcome of a utility board election,” Paxton’s office said. The felonies stemmed from eight mail-in ballots, the Texas Scorecard reported.

District Judge Eli Garza imposed a sentence of five years deferred adjudication probation, Paxton’s office said. In addition to probation, she was ordered to pay fines totaling $1,415 and has to complete 80 hours of community service, according to the Advocate. It is unclear if Mendez received a plea deal.

Victoria County Elections Administrator Margetta Hill said in June 2021 Mendez worked as a volunteer deputy registrar during the 2018 water board election in Bloomington.

The Texas Scorecard reported that Mendez’s voter fraud felonies were conducted to benefit ALMS, asserting that the nonprofit “wanted to oust incumbents and take control of the board in order to cut water rates for its rental properties.”

Mendez’s conviction follows a number of election fraud scandals that have made headlines as of late. This month, Breitbart News reported that a former Democrat mayor from Arizona pleaded guilty to ballot harvesting. Last month, the results from a Compton, California, city council election were reversed after the victorious candidate was hit with bribery and voter fraud charges in an extremely close race.