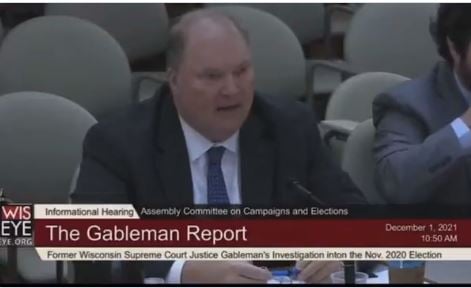 The former Wisconsin Supreme Court Justice has been investigating the 2020 election in the state of Wisconsin.

Zuckerberg, a committed leftist, went into five Wisconsin cities and spent $8.8 million dollars and gave it to the Democrat Mayors of those cities.  Then switched it mid-stream from a COVID safety plan to a get out the vote campaign.  Gableman said Zuckerberg’s actions, “Looks an awful lot like David Plouffe’s  roadmap to defeating Donald Trump.”

Gableman also threatened to jail two Wisconsin Democratic Mayors if they continue to avoid his interview.